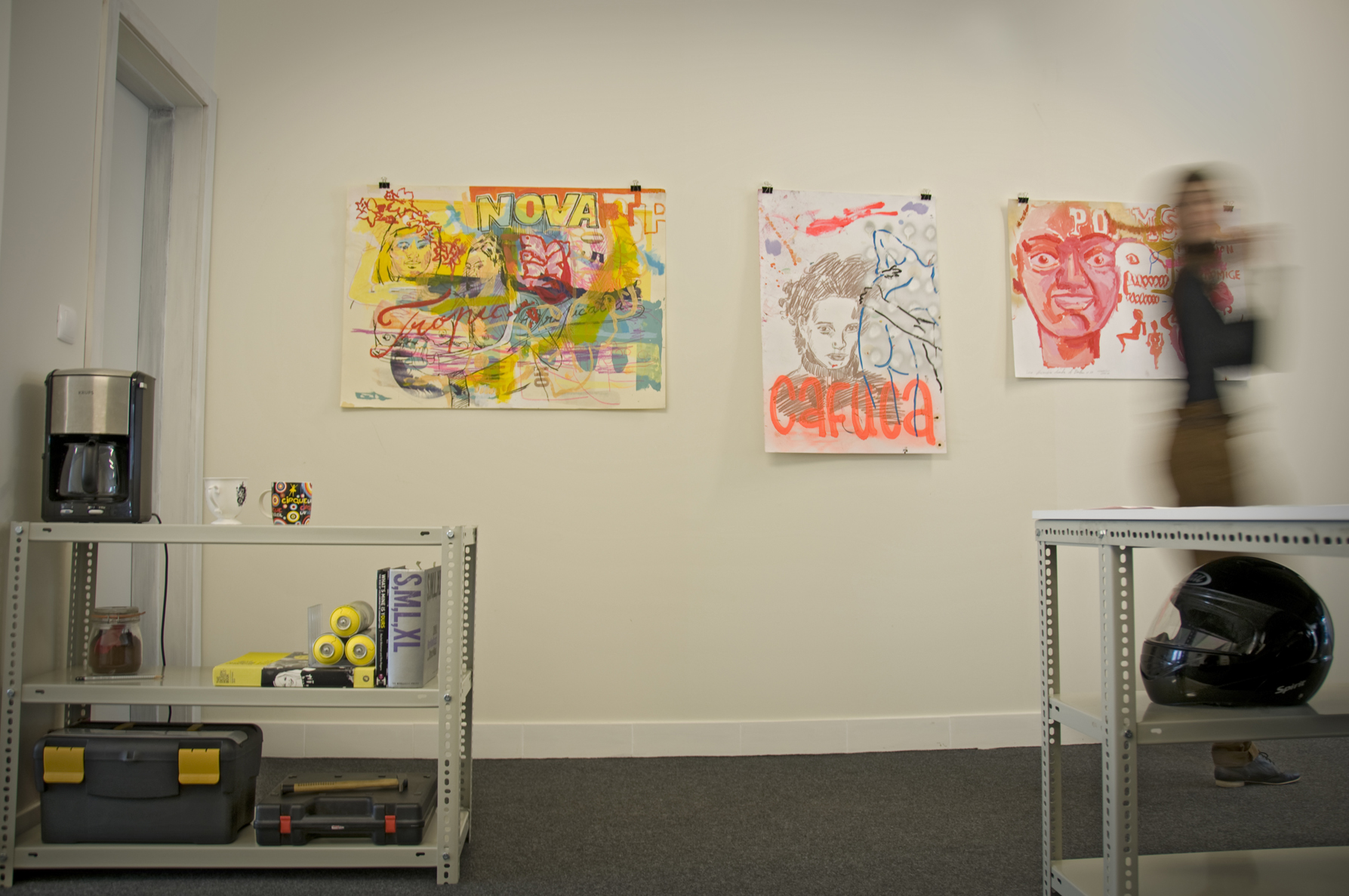 A study on painting by Francisco Vidal

In the end of the first decade of century XXI, in August of 2009, I arrive at the city of New York, with the intention of enrich my studies and understanding of the activity of painting. In order to have a “structure of thinking” that could provide the contact with the best thinkers in contemporary painting, I applied with success to the Columbia University Master in Fine Arts. Here I was exposed to a number of different ideas and the conclusion I am facing at this moment is also the title for this thesis.

Coming from the city of Lisbon, where at the present time I find that post colonial socio-political oriented works of art are the most interesting in the local art scene. Not only because they reflect on the country (among other European nations like Greece, France, Spain and Italy) present political, economic and identity crisis, but also because in order to be pertinent, the formal qualities of the mentioned works of art, need to be on the front line of the experimentation with objects in a non verbal but a visual communication.

So since 2005 I am interested in this local political discussion, and my paintings and installations are my contribution.

The study of the museum space and other “historical” documentation deposits of history are among my tools, but at the time I joined the Columbia University MFA, I started to make experiences with devices that allow me, as a tool,  fresher sources. I start to incorporate massively digital based inputs in my image composing routine. The intention was to explore the unlimited ratios of the scale that we are exposed nowadays by the internet.

It is a recent phenomenon. The Internet is one of the things that makes possible a larger field of the communication flow, but objects like the IKEA company, and the low cost travel fares,  are this global art tourism true promoters. This objects of the XXI century short time line, permitted me to be present at the Liam Gillick Venice Biennial German Pavilion Lecture at the Hamburger Bahnhof – Berlin, March 2009, city where I was living for the last two years.

I think that this objects also make possible a progressive thinking on the ideas of country, nationality, political and economical boundaries, etc. I mentioned this lecture at the Hamburger Bahnhof Museum, because I find really especial having in a such important global event, a British artist exposing his ideas in a German pavilion.

…”the final questions for gillick  regarding his contribution circle around models of social behaviour and the problem of how  to create new forms of address within loaded ideological sites.”

From the web site

“liam gillick was born in aylesbury, england 1964. he divides his time between london and new york city. the work of the british artist had it’s starting point in germany. by deciding to present gillick at the venice art biennale at the german pavilion, curators have opted to promote an image of germany as being a cultural location in international art, as well as a centre for critical debate on contemporary art, architecture and forms of national representation.”

“We are living in a world today where lemonade is made from artificial flavors and furniture polish is made from real lemons.” Alfred Newman

In the City of New York the first painter I met was Gregory Amenoff, the chair of the MFA program and throughout my education in the city, he accumulate the functions of woodcut professor, painter adviser, and Chair of this present thesis committee. The other two people in the committee are artist Liam Gillick and the curator Fionn Meade.

The starting point of my education (as I mention before) was the woodcut classes with professor Gregory Amenoff, and since then I started working at the LeRoy Neiman Center for Print Studies, where I worked with the artists Rirkrit Tiravanija, and Ghada Amer, under the surveillance of professor and master printer Tomas Vu Daniel.

The work and studies done at the print shop were important for me to make clear the role of printmaking in my paintings and installations. And it was at the print shop that the following two sentences collided and I had to figure out which one would be the most important to be the title of this text.

In the world we are living today, all I can do is abstract paintings!

The first sentence is from the book, “pedagogy of the oppressed” by the Brazilian pedagogue and philosopher Paulo Freire and was one of the texts discussed at Fia Backstorm critical issues class.

This sentence could be a good title for the thinking I am doing today, when I am working, but after being exposed to all this American Culture, and especially the South American Ideas coming from Brazil, and from a thinker that had the aim to educate and teach adults how to read and write, so that they could improve their way of living, I can only say:

In the world we are living today, all I can do is abstract paintings! Drawing is an entirely separate skill; what is required for abstraction is a new way of thinking. I discovered that abstract thinking is the most political work that I can do in 2011.

The result of the studies is a installation composed by eleven 14 by 7 feet abstract paintings and sixty six 20 by 26 inches small video projected, you tube paintings and four 7×7 feet digital drawings, printed in yellow post-its.

These paintings and thoughts were supported on the side by a graphic diary were I for length of the two years of the MFA, made the daily drawings, sketches, and studies on the Vermeer Camera obscura, Michelangelo Sistine Chapel sfogatto, critical issues classes and two years of NYC intense living ( by intense I mean: got married, the birth of my first son, met Julian Schnabel at the street, just like he describes in his “Basquiat” movie, the encounter of Jean-Michel Basquiat and Andy Warhol, went to great art shows at the Metropolitan Museum, the Guggenheim, the Moma, and also at the Commercial Galleries, met great people and great artists at school etc. All made possible by low cost travelling and IKEA products.

The name of the installation is:

“The New York City Columbia University Master in Fine Arts; In the world we are living today, all I can do is abstract paintings!”